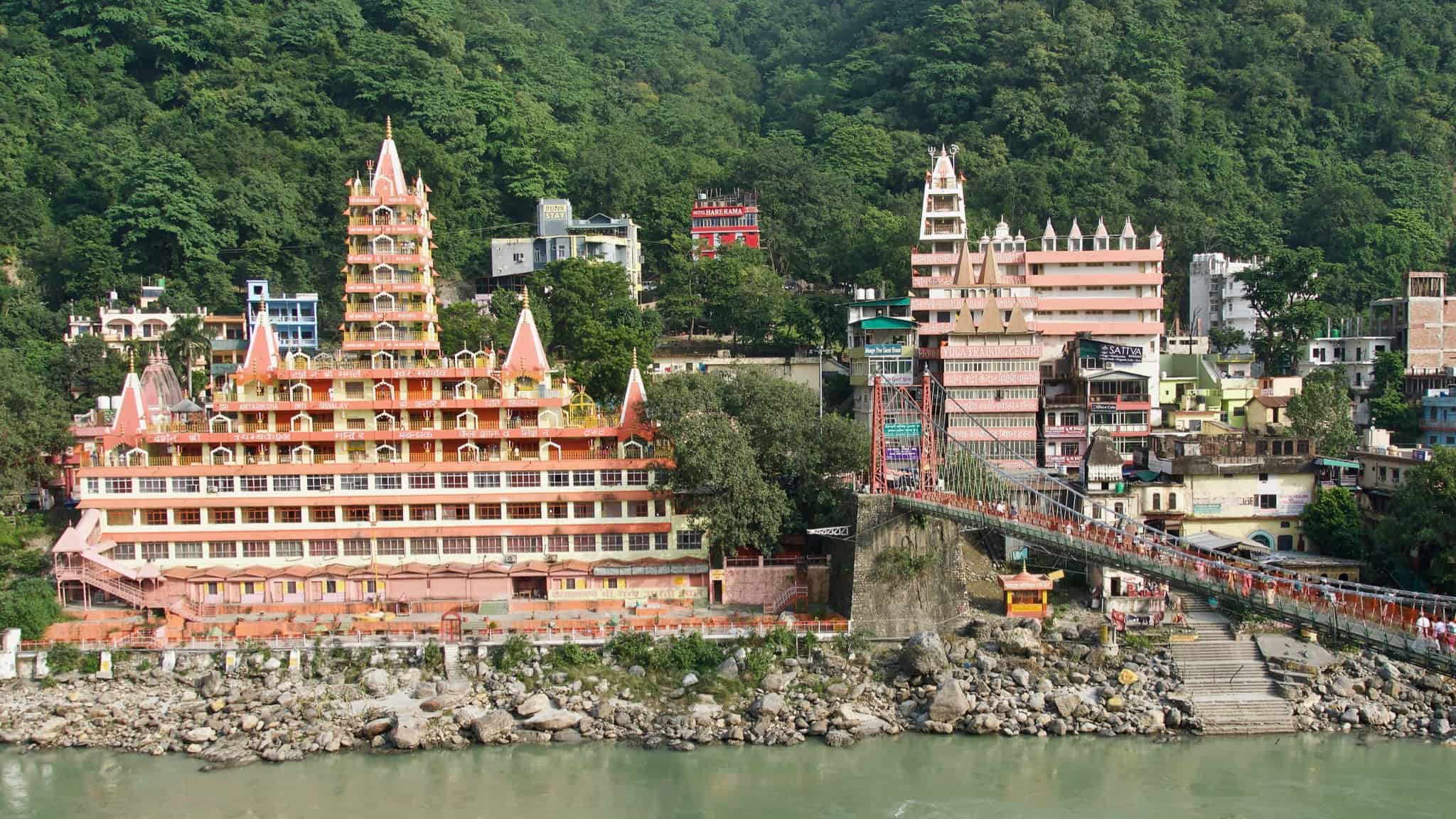 Rishikesh is known as the ‘yoga capital of India’, so it was here we decided to bunker down for 2 weeks and practice daily yoga. I (Joey) had been craving routine, exercise and healthy eating, and so this was exactly what I needed. For the duration of our 2 weeks here, we stayed at Mahatma Ashram overlooking the Ganga river. The location was divine, away from the hustle and bustle of honking cars and bikes, and right on a little beach area of the river Ganga where we could go for a daily dip if we wished. I only made it into the water once, but it was refreshing, and I can now say I’ve been blessed in the almighty Holy Ganga.

For the first we followed the ashram schedule which included waking up at for morning chanting and pranayama breath work. We then had two yoga classes a day (morning and afternoon) and either a lecture or guided meditation session before dinner. After the first week, we continued to stay at the but chose to explore other yoga studios in town. We were both very impressed with all of the yoga classes and teachers – every class was excellent. We chose Hatha classes, which is a yoga style focused more on holding postures than a Vinyasa or Ashtanga flow style. The classes definitely made us work, and for the first few we definitely felt it in our muscles! The teachers gave detailed instructions and were very hands-on when it came to correct alignment and posture… you’ll rarely find this much attention to detail in a yoga class back in Australia.

Whilst at the Ashram, we decided to sign up for a 6-day Ayurvedic treatment called Panchakarma. Panchakarma means “five therapies” in Sanskrit and involves different detoxifying treatments aimed at cleansing the body inside and out and helping to re-balance the doshas (your mind-body type). It involved a LOT of oil. Daily massages with sesame oil, litres of oil poured on our foreheads and into our hair (my favourite treatment), oil up our nostrils, in our ears and eyes, and other places we probably shouldn’t mention here. Not to mention the warm ghee (clarified butter) we were required to drink for 3 days, followed by drinking 200ml of castor oil one morning. oil went in every orifice of the body. Every orifice!

The whole treatment was quite an experience and we can say that after the 6 days we did feel somewhat cleansed. Some people continue with these treatments for 21 days or longer, so we only really just scratched the surface of what Ayurvedic treatments can offer.

Before we left Rishikesh we did make it over to the now-abandoned Beatles Ashram. This is where the Beatles stayed in the 60’s whilst they learnt advanced Transcendental Meditation (TM), and wrote many of the songs on their last couple of albums. The ashram has been abandoned and not in use since the early 90’s, but you could tell that it would have been a pretty magical place to stay. Situated within a national park and right on the river, there are accommodation huts and stone meditation caves scattered within the forest. These days the abandoned buildings are covered in cool artwork and inhabited by monkeys.

After 2 weeks of not travelling around, it was time to once again pick up our heavy backpacks and be on the road. Thanks Rishikesh for the rejuvenation, it was just what the doctor ordered! 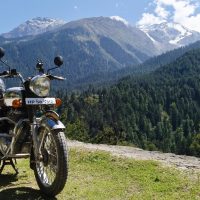 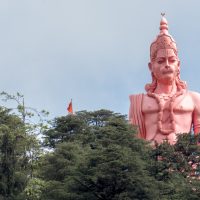 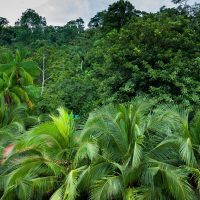 2 comments on “Yoga & Meditation in Rishikesh”